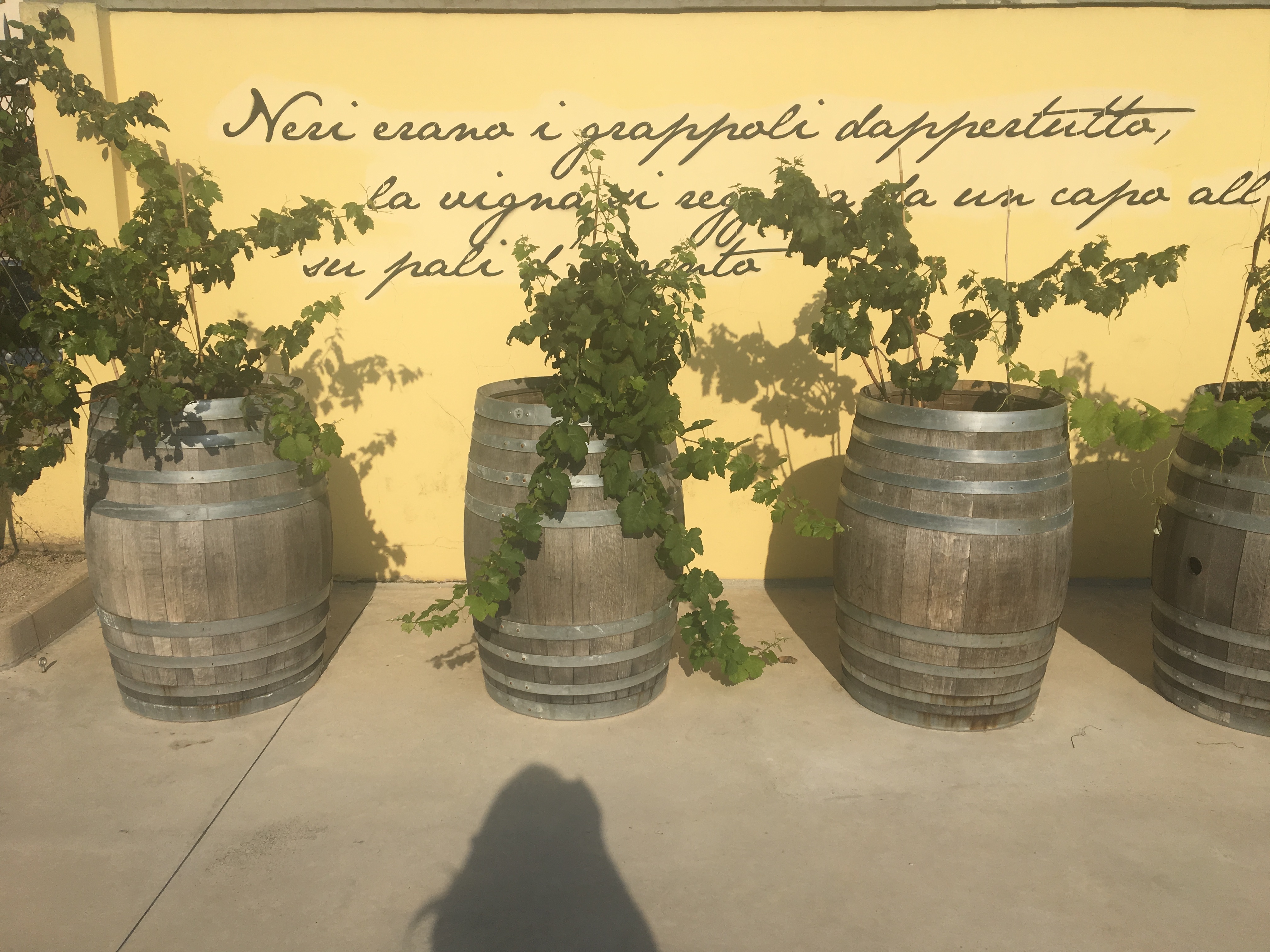 It seems God has blessed this part of Italy with special treasures: turquoise water, rock cliffs, long stretches of natural beaches, and bleached-white buildings that make up the tiny villages that hang over the sea. This is all topped off with a special southern hospitality which its natives lavish on visitors.

I fell in love with the seemingly untouched beauty, the seafood and the spice that I was missing in Tuscany. In Salento, I always have the sense that I’d traveled back in time to a 1950s Italian movie in which the streets are actually filled with Italians and life is lived in a way that modern Americans believe is impossible.

Salento is located at the tip of the heel of the boot that is Italy in the most southern part of Puglia. But not many people know about Salento, save typical southern Italian tourists whose families have been traveling to Salento’s shores every August for centuries. Many people associate southern Italy, in general, with dirty streets and high crime, and think that there’s nothing worthwhile to see below Naples. But once you spend time in Salento, you begin to think it’s actually the best part of Italy, despite the fact that it is isolated and indietro.

The difficulties of living there are obvious only to the nutcase strani­eri who decide to call Salento home. After dreaming of living there for years, I (aka American Nutcase), decided to transfer to this backward paradise to set up my home base.

Confronting reality
When on vacation in Salento, it’s easy to adjust to its rhythm and let the practicalities of life, like work, drop by the wayside. But living there is different.

I found a tiny little apartment, a former cantina that had arched ceilings of stone and a marble staircase leading down to it from the street. I was attracted to its inherent charm, so I didn’t realize until I moved in that not only did my cell phone not receive a signal inside, but my computer’s new Italian wireless card didn’t work either.

Attempting to be undaunted, I set out on my Metropolitan Lady bicycle every day, my computer in tow. I rode to coffee bars, restaurants, and friends’ houses and places of business to use my computer and wireless card, much to the amusement and chagrin of the Salentini, who would say to me, “You are fixated. Stop the computer. Go to the sea!”

Rediscovering paradise
At the end of my rope with the constant comments and the nomadic computer life, I had the fortune to meet Francesco, a Salentino by birth who worked in Milan and was back in the area on vacation. He helped solve my Internet dilemma with a series of extension cords and wires leading to the one ground-level window in the cantina. He then felt it was his personal responsibility to restore my previous sense of wonder in Salento.

Finally ready for a break, I agreed to accompany him, and we hit the road to the port of Otranto, where we bought tuna-and-pepperoncino sandwiches on olive rolls at the corner café, then took off on Francesco’s boat to Imperial Beach.

Almost hidden by the large limestone rocks that surround it, Imperial Beach is accessible only by boat. The dozen or so people on the beach had parked their boats 30 meters from shore before they half-swam, half-waded into the shore, like we did, with our lunch and towels on top of our heads. The water was completely transparent and the sun shone so brightly that the entire scene seemed as if it were a dream.

Francesco knew everyone on the beach and they all greeted him with kisses and hugs and handshakes as if it had been a decade since the last time they had met. No, he assured me, it had been only yesterday. But these people, like Francesco, had been coming to this beach for all of their lives, and they were like family.

Francesco ex­plained the history of the area as we sat on the sand instead of on our towels, like 5-year-old children, half in and half out of the water, with the gentle waves lapping our legs. We ate our panini and drank cold coffee from plastic bottles that his beach family smilingly offered us.

He told me that the ancient mud purifies the skin and that people had been coming to these rocks and slathering on the argilla for centuries. I looked around and saw two children rubbing argilla on each other and a group of teenage girls very seriously applying the mud to their thighs and stomachs.

When in Salento, I thought, do as the Salentini do, so I started to cake it on too. Then we walked slowly back and forth along the white sand in the ankle-deep water until the mud had caked and we could finally dive into the sea, ascending slowly to the sunny surface fully purified.

Every day for the rest of the summer, Francesco and I would head out to another part of Salento-to a beach, a museum or a tiny hillside town. We ate pesce crudo every day, and although there was never a dull moment, we never came close to seeing or doing all the things that were possible in Salento.

A cultural mix
Salento is like no other place in Italy. The little towns on the coast seem like old-fashioned seaside paradises, each with its unique culture and history. Yes, it’s Italy, but it also seems to be a bit of Greece, Turkey and what the Salentini call “Porta d’Oriente.”

Salento’s geographical location was perfect for invaders attacking from the sea, so there are remnants and ruins of lighthouses, bastions surrounding sea towns, castle walls, moats and towers dotting the coastline — reminders of the largely unsuccessful attempts to protect its inhabitants. There are still parts of Salento where they speak a version of Greek, and the bleached-white buildings stacked on hillsides certainly bring to mind that part of the world.

Each invasion and occupation left a mark on the region, creating a melting pot of cultures instead of one homogenous genetic stamp. And because the area is so lightly traveled by outsiders, you really feel that you are the first one to discover it all.

Lesson learned
There was so much to learn about and see here, yet I had squandered time stupidly toting a computer around for months. I had wasted so much time crying about the lack of efficiency that I had forgotten that I had chosen to live in a place that thrives on closing down for five hours in the middle of every day so everyone can go to the sea. I should have been joining them.

I went to Salento with all of my American-ness and tried to make it fit me. But Salento doesn’t need to change; it needs to hang on to that which makes it unique. It was I who needed to adapt and embrace the rhythm of the place, to sort out what drew me there in the first place: I wanted to understand the way of life in a place like Salento, where the original Italian vita bella still exists. Miraculously, once I was purified, I understood it all.